Anyone who made any HackerRank problems considering performance has seen this phrase in the assignment: “watch out for slow IO”.
We are used to think about files, databases and such as potentially slow IO, but the Console?
Yes, and you will be amazed how much.

Couple words about the setup.
I am using NLog with file target (for normal logging) and mail target (for total failure, and aggregated reports).
When debugging or profiling I run the process as a console application, so I have a NLog console target. It outputs some basic info and debug messages summing up to exactly 329KB of text.

So here are the numbers of running the application with console target: 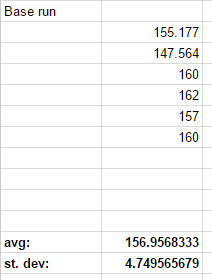 And here are the numbers with console target commented: 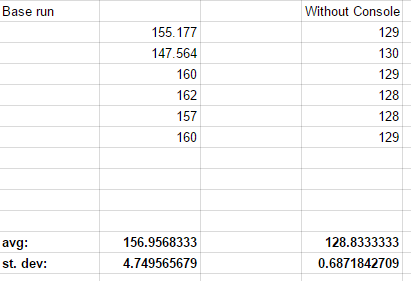 28 seconds for outputting 329 KB of text.
To be fair, if you output it in one big chunk it will be faster.